That morning we hit the road in search of the small town of Ronda northeast of Monda. Ronda is a treat for the traveler: pedestrian-friendly, historical, landmark-dense, and manageable in a day. It is situated on a spectacularly massive plateau; it was one of the last Moorish strongholds before the Christians overtook it in 1485. The older section of Ronda is to the south and a newer, more developed section (El Mercadillo) lies to the North across the bridge. 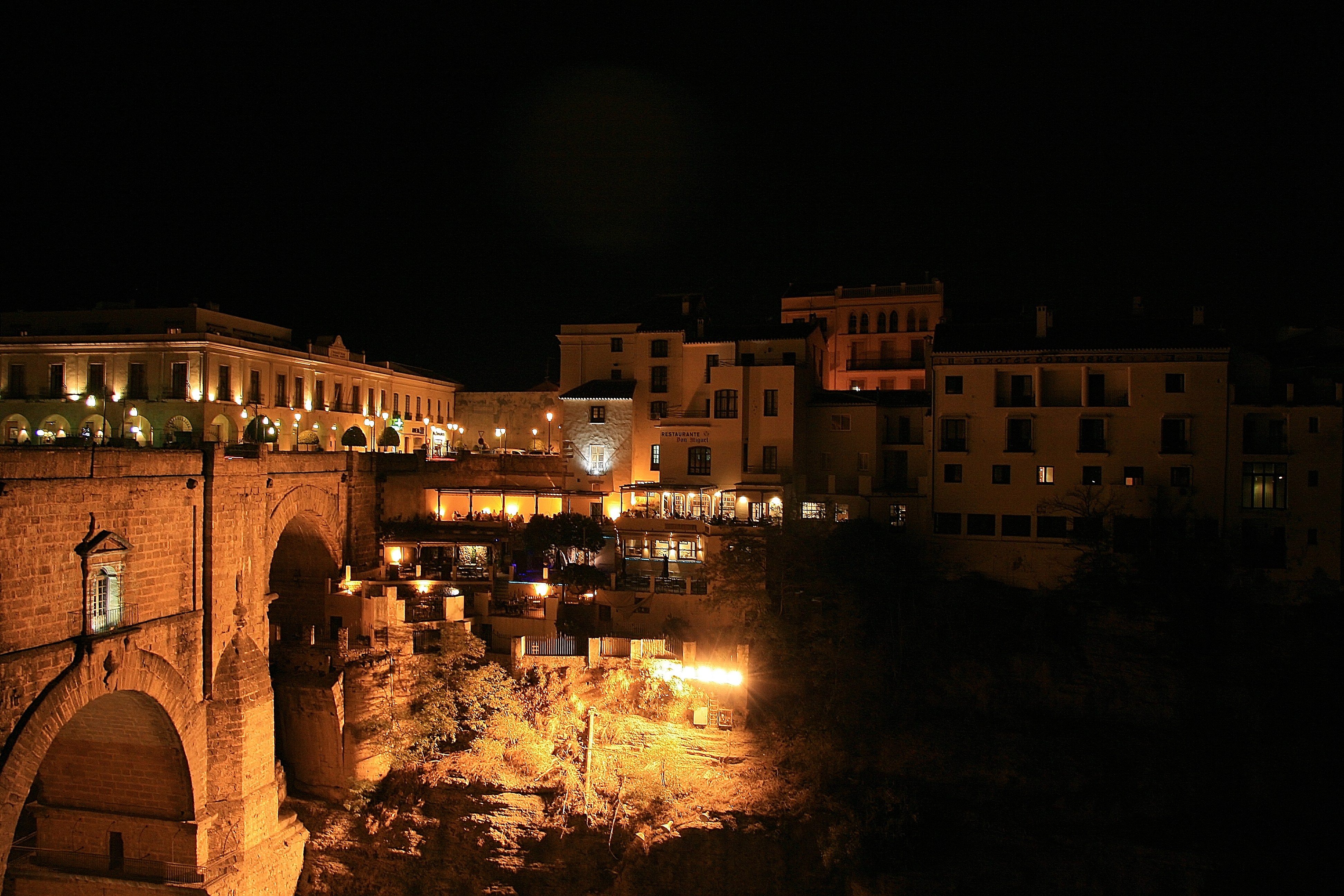 Ronda’s steep, narrow bridge, the Puente Nuevo connects old and new Monda and provides amazing vistas of the Tajo gorge. Built in the 18th century, it is still part of the main thoroughfare into town. Apparently the architect died when he chased his windblown hat off the viewing deck.
A cool parador (state-run hotel; usually restored historic landmarks) is located next to the bridge – Parador de Ronda – and it has all the modern amenities ever desired by a traveler: pool, spacious lobby, upper suites with great views, and proximity to the heart of town.

Ronda is also home to one of the oldest bullfighting rings, Plaza de Toros inaugurated in 1785, and the classic bullfighting style developed by the town hero Pedro Romero (we even ate rabo de toro at the Restaurante Pedro Romero, which was just so-so).

When the sun went down, the bridge and the town lit up. The bridge suddenly becomes a blaze of light and shadow and the expanse is even more dramatic. The town was filled with small twinkly lights in celebration of the holidays. Aside: Spaniards primarily celebrate Nochebuena (Christmas Eve) and then attend midnight mass, but kids don’t get their presents until Epiphany on January 6th when the three Kings parade around the bigger towns tossing out candy. We also found out that April Fools’ Day is December 28th although no one played any practical jokes on us. And of course, everyone celebrates Noche Vieja (New Year’s Eve).

After this frolic, we headed back to the highway on the way to Granada . . .